North Wales based Greenheart Architects was founded by Julie Winrow BA(Hons), BArch,MA, Registered architect. She studied at Manchester university and also took a further MA degree specialising in Bioclimatic design. She also qualified as a Code for Sustainable Homes assessor.

Prior to founding Greenheart Architects Julie worked in Paris at the Renzo Piano building workshop; on the Shard London Bridge Project which is a 72 story mixed use tower which was the highest tower in Europe when completed (Emporis Skyscraper Award, Sterling prize short-listed, RIBA national & London award). Also working on the London Bridge Station which is at the base of the Tower, the London Bridge quarter master plan and London bridge place office mixed use development. 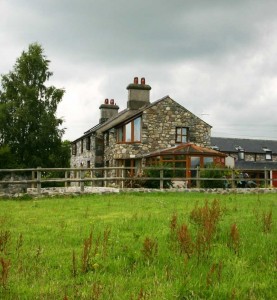 ding leisure , residential, offices, public open space and transport improvements. Julie formed part of the master plan team worked on various department stores within the development and was involved with the central park and car park building. Other projects worked whilst working at Studio BAAD include the Lister Mill which was the largest silk factory in the world was to be converted into a mixed use development for the developer Urban splash. The project was won by a national design competition. Prior to forming Greenheart architects Julie gained experience on various transport projects such as railway and bus stations and metro stops. She was also Project Architect on a number of education projects.

Greenheart Architects has a special interest in sustainable architecture. Julie studied an MA in Bioclimatic Design. This the branch of architecture concerned with optimizing man’s energy relationship with the natural environment, minimizing energy consumption through use of appropriate construction techniques. This involved the study of the climate and site forces to produce a building form, looking at the interaction between landscape and building, and looking at how animals adapt to their surroundings. 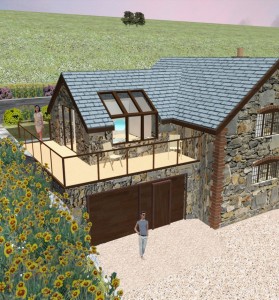 The degree also involved the study of how animal skin strategies could be applied to building facades.A bioclimatic facade will have a ‘best fit’ with its environment efficiently utilizing the site resources and also looking at how a building can co-exist with nature.

Greenheart architects undertake Listed Building Consent applications for photovoltaic and solar hot water panels. Julie gained a Colour Affects and the Society of Dyers and Colourists qualification in Colour psychology for interior design. Colour psychology is used to create environments and interiors which are suited to and harmonious with their intended use.